On 18th December Facebook Africa posted that “More than 139 million people across Sub-Saharan Africa come to Facebook every month, of which nearly 98% come back on mobile.” They published an infographic (see below) to highlight projects and publicise how they connected people, brands and organisations in Africa throughout 2018. These initiatives included rolling out Marketplace in South Africa, designed to ensure safe trading for users, and South Africa NGO Day  which brought together 100 NGOs who received training workshops designed to share social media best practice.

They also hosted a roundtable in Accra, Ghana which brought together people working on women’s safety. 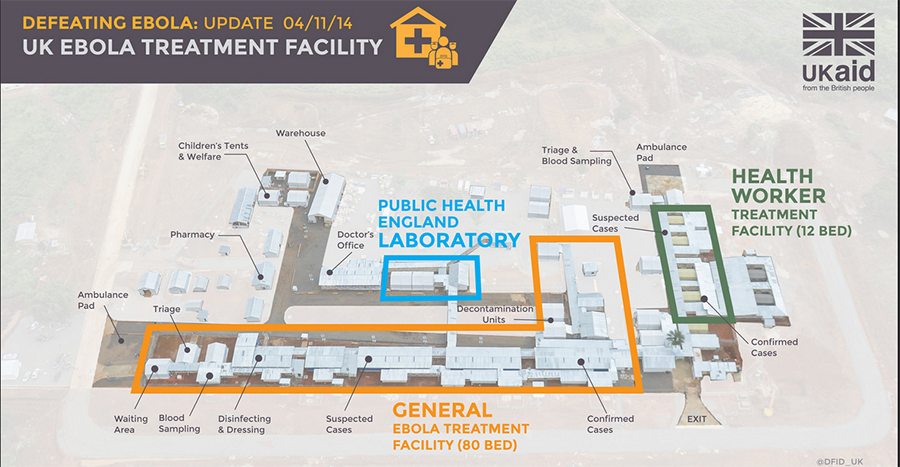 Just over a year ago I met with the digital team at DFID for the first time and wrote a blog critiquing their use of social media. At that very first meeting we briefly discussed the possibility of our students working on a project as part of the MA Media and International Development that I teach on.

Last week after several further discussions it become a reality and I visited DFID with 7 students to start a consultative process. The students will be auditing DFID’s social media outputs and also considering their use of photography and informed consent. We had an intensive day of meetings with various member of the digital team: Marisol Grandon (Head of Digital), Simon Davis (Senior Content Editor), Russell Watkins (Photography Editor), Jess Lea (Girls and Women Digital Lead) and Ricci Coughlan (Digital Editorial Designer). It was an absolutely fascinating day where we learned a great deal about content generation for their social channels. In my blog post just over a year ago, Marisol and I discussed the potential for appointing a graphic designer in the team and the desire to produce more engaging content. I was delighted to hear that about 3 months later Ricci was appointed on a secondment from another government department. In Ricci’s presentation I was blown away by some of the infographics that he had produced over the last 9 months. Talk about a successful appointment. As I said in my previous post, images and infographics can be highly shareable and I want to share some of their recent successes.

The first infographic I want to introduce is a birds eye view of the first British Ebola treatment centre in Sierra Leone.

It is a fantastic example to show the power of social media to strengthen stakeholder relationships. The infographic has been widely shared including tweets from the Foreign Office, Ministry of Defense and Save the Children. It is important for multi-lateral agencies such as DFID to engage with new audiences. I’m sure many of Save the Children’s followers also follow DFID but I wonder how many followers of the MoD’s twitter account also follow them? How many of them have started following them as a result of this retweet? The infographic was also lifted and posted on the Mirror website. More exposure to an audience that might not be aware of DFID’s work.Below is another example of how content created by DFID was used on the UN’s Twitter channel.

I asked the team if social media had helped improve relationships with other organisations. They said that they regularly receive or send direct messages to other organisations to share and promote information and that this had undoubtedly improved relationships. I don’t know why I’d never thought about this more deeply before. To me, as an individual, social media and particularly Twitter has been an invaluable tool for networking and this is equally or maybe even more important for global organisations who share similar goals or values. It’s hard to put a value on this but I hope senior managers appreciate how immensely important this kind of networking is in a digital age.

My favourite infographic from DFID is a series of 8-bit pixel designs which were used to raise awareness of the girls summit which was held in the summer. This style seems to resonate with other DFID supporters as it was highly shared on Facebook. Maybe DFID followers on Facebook are a similar age to myself and therefore the use of a retro style appealed to them. Maybe it was the subject matter?

Infographics can be very succinct with their message or very detailed. DFID have experimented with several approaches including animated gifs, videos and quotegrams too. I’m not particularly a fan of quotegram and animated gifs and looking at shares they are not so popular with other audiences, but I applaud DFID for experimenting with different mediums. The video style infographic below however, is detailed and has had a good number of views.

Although infographics have the potential for sharing, they take a long time to research and produce and do not always engage with the public. Using an agency to produce these kind of graphics can be costly so having an in-house designer who is proficient in these skills can be a more cost effective approach. But, it doesn’t always work.

Ricci said “I feel it is important to add that I am very proud of the work here and they are very much the products of team work, not only between the digital editors and myself but also our colleagues in strategic communications and policy who contribute advice, guidance and outreach. The team work at DFID is one of the many highlights of my experience here in my first year.”

On the whole I’m a big fan of the infographics produced by DFID. It would be good to measure the overall reach that these graphics have had. I don’t have time to do that at the moment, maybe the student group will in their analysis. You can view and assess the infographics for yourself as they are available in a dedicated Flickr group. I hope you find them interesting.