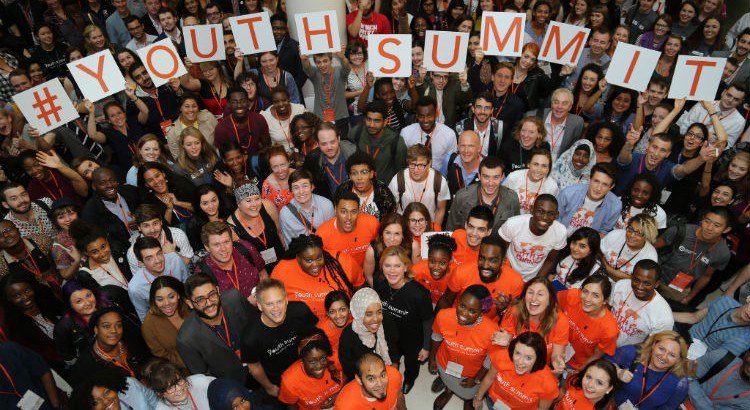 It’s been nearly two years since I wrote about DFID and their use of social media. I met with Marisol Grandon, Head of Creative Content to hear about their latest initiatives. Marisol explained how their interaction via social media has transformed over the last year or two “One of our key improvements is the design elements within our social media output which has gone from strength to strength. We have recently been producing more short form graphics. Smartphones are increasingly available even on a tight budget and people want bitesize news in 15 seconds or less.  Many people these days are time restricted and also tend to consume these news clips without their sound on – visual news is perfect for these audiences. ” I’ve noticed myself over the past few months how DFIDs content is growing in terms of visual output. They are still very strong advocates of good quality visuals. One great example of this is their coverage of the Global Goals.

We’re still pinching ourselves that this happened: 193 countries agree #GlobalGoals for a better world pic.twitter.com/cEM3MD4fiY

Personally I don’t generally like animated news bites, perhaps I’m showing my age. What I was pleased to hear about is their experimentation with Periscope. Marisol explained that it is still very much a minority audience, but for those that do engage they thrive on the immediacy and interactive nature. In June, Michelle Obama’s speech when she visited Mulberry School for Girls in Tower Hamlets, was broadcast on Periscope with an audience of 2000 people. David Cameron’s speech about the Global Goals was similarly well received. In my opinion, the demand for live broadcasts will only increase as mobile data improves.

Marisol feels it is important to explore the potential of new social media platforms. DFID launched its Snapchat channel this September at the first ever #YouthSummit held at DFID. International Development Secretary, Justine Greening said “Globally, over 1.8 billion people in the world are aged between 10 and 24 – the vast majority are living in less developed countries and face uncertain futures. These young people can be the leaders, teachers and entrepreneurs of tomorrow. There is no question they must be at the heart of our efforts to tackle global poverty. The face of development is a young face and the UK’s first ever Youth Summit gives young people all over the world the chance to have their voices heard. But the journey doesn’t end here. Young people will be at the centre of our work to create a world that is healthier, safer and more prosperous for everyone.”

Snapchat is an ideal platform to talk to the UK’s youth. It now has over 100 million subscribers. The lo-fi aspect of Snapchat means that it is all about creativity with it’s stickers and lightness of touch. Sometimes communications people can find this aspect of their work difficult, especially in a Government organisation. I look forward to hearing whether DFID’s Snapchat channel is a success or not.

The area I enjoyed hearing about the most was DFID’s recent engagement with long form social media. Marisol said “International Development suits the long form treatment. It allows stories to be explained in a visual, compelling and nuanced way. Our followers are electing to learn more about complex issues and long form is the perfect vehicle for this. We have been using platforms such as Storehouse, Exposure, Immersive and Shorthand more and more.”

I confess that I have not really explored the possibilities of long form social media much, but I was very impressed with DFID’s Married at 3, Divorced at 7 article and the Medics Behind the Mask. which were both very educating.

Marisol ended by sharing her excitement for the potential of new apps and technologies. “I’ve been really impressed with some of the recent virtual reality films. I think with new advances such as Google Cardboard we will see levels of access rise dramatically. The interactivity of live video within apps like Periscope is what makes it so exciting and makes YouTube look almost slow and old fashioned.”

I’m slightly surprised by this closing remark as DFID have never really invested in their YouTube channel (which I commented on in my first blog), perhaps they foresaw the potential of VR before the rest of us. I sense we might see the first DFID VR film before my next blog post….. 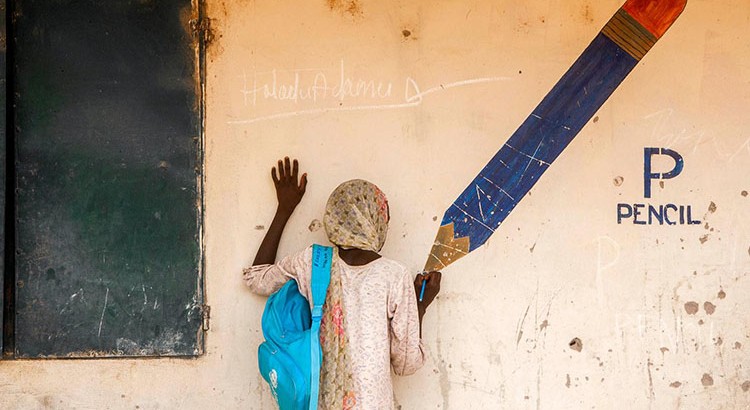 One year after the abduction of more than 200 schoolgirls in Chibok, Nigeria, UNICEF is using Snapchat to draw attention to the devastating impact of the conflict in the northeastern region of the country. It is the first large scale Snapchat campaign by an international NGO that I am aware of.

UNICEF claim that around 800,000 children have been forced to flee their homes as a result of the conflict between Boko Haram, military forces and civilian self-defence groups.  The number of children running for their lives within Nigeria, or crossing over the border to Chad, Niger and Cameroon, has more than doubled in just less than a year.

UNICEF is using Snapchat to communicate the plight of the hundreds of thousands of children who are missing out on their childhoods.  They are working with leading Snapchat artists – including Shaun McBride, aka Shonduras – to tell the stories of the children who have fled the violence by sharing images based on drawings from children in Nigeria, Chad, Niger and Cameroon.  The artwork reflects what children miss from home and the atrocities they have endured, including seeing their parents and siblings killed, tortured or abducted.

The public is also being invited to help raise awareness, by sharing what they would miss the most if they were forced from home – either by sending a snap to UNICEF on Snapchat, or by posting messages on other social channels such as Twitter and Facebook using the hashtag #BringBackOurChildhood. The hashtag has been shared widely and picked up by large media houses, but like #BringBackOurGirls is it just slacktivism or will it ultimately achieve anything other than raising awareness? I hope it does!

A year since schoolgirls were kidnapped in Nigeria, 800,000 children are displaced: http://t.co/szA7nSOfUo #BringBackOurChildhood