Last week I was fortunate to visit the Department for International Development (DFID) to meet with Marisol Grandon, their Head of Digital to talk about how they use social media in their communications.

I asked Marisol a probing question: if she had to close down DFID’s social networks and was able to keep just one, which one would she keep. She was tied between Twitter and Facebook as they are the main channels for engagement. She also stressed the importance of Flickr. I confess that I had only looked briefly at their Flickr site, and once I looked again I could see why. The old adage says that a picture is worth a thousand words, and DFID’s Flickr site has over 2,000 photos. That’s a lot of words! I spent nearly 2 hours looking at the images and reading the captions. I could easily have spent a lot longer – time permitting. There is a mixture of imagery – stunning portraiture, documentary, reportage and landscape photography. They portray vividly the emotions of joy, hope, sadness; scenes of devastation and scenes of jubilation. Below are just a handful. 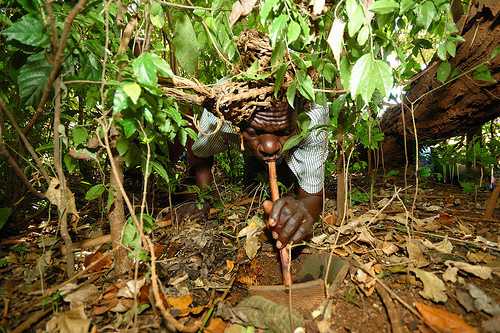 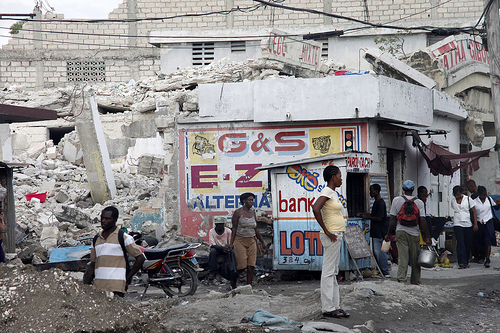 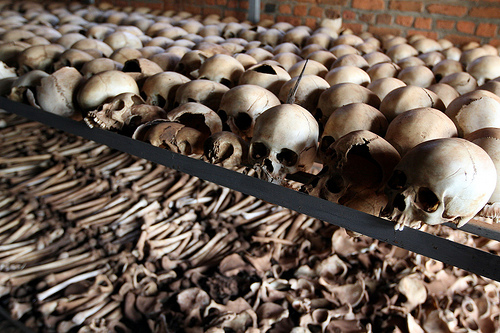 Marisol and I talked a lot about photography. DFID employ six staff in their digital team, several with a degree or an interest in professional photography. I’m not sure if this is strategic or accidental, but their curation of powerful imagery from around the world has clearly benefited all of their social media channels. The strategy is working.

The Twitter channel has 116,000 followers and is growing rapidly. They often tweet up to to 10 times a day, sometimes more. Lovejoy and Saxton (2011) carried out a study on 100 non-profit organisation Twitter accounts in the US. Their paper Information, Community and Action: How Non-Profit Organizations Use Social Media categorized tweets into 3 main groupings in the belief that most tweets were to spread information, foster dialogue and build community, or mobilize supporters. The study concluded that nonprofit organizations have become more interactive in their use of Twitter, but the output is often information heavy. They suggested that organisations should be using Twitter to its full potential to build communities, mobilise action and engage with stakeholders.

I follow DFID on Twitter and generally feel very engaged. A variety of tweets are used: educational, informational, signposting, promotional and mobilising. They regularly retweet and promote content from other organisations, for example Plan UK’s powerful new video and an infographic from Concern Worldwide. Do I feel part of a community? Yes, I think so. I’m receiving information from DFID that I find interesting and informative and get a feel for the work being carried out in the field. I’ve only quickly “analysed” a few weeks tweets, but reading them I do feel engaged. I suppose my only observation is that I, as a stakeholder, could have been asked to contribute more. Not constantly surveyed, but asked my opinion through quick and easy methods such as a poll. As I say, my analysis was not in-depth, so it’s not a detailed critique.

DFID’s Facebook page has 42,000 likes, about a third of the number of Twitter followers, which is not surprising considering that the demographic of Facebook regular users is generally younger than on Twitter. The Facebook page is updated far less regularly than Twitter, which is normal. It is bright and colourful and once again utilises strong imagery and use of infographics. When I have previously managed Facebok sites with large followings it has always been images that connect with the user that have received the most likes. I’m slightly surprised that some of the images haven’t received more likes.

DFID’s Google+ page is rapidly gaining more followers. Without an analytics function, Marisol wasn’t able to shed much light on interactions with the page, but anecdotally said that engagement seems to be more informed, educated and critical. They have also recently launched an Intagram site which is important for engaging with younger audiences, especially those accessing the web via mobile.

I asked Marisol how she hopes to improve the social media channels in the future. She would like to see better use of graphic design. I strongly agree with this. As I said previously, imagery and infographics are highly shareable. A graphic designer could definitely add value to their growing bank of imagery. A lot of people underestimate the value of good design. She also mentioned that mobile content and video content are high on the agenda. Again I couldn’t agree more. It is fundamental that all digital output is in a responsive design format. I think this is even more important for stakeholders accessing content in the developing world than it is for stakeholders in the UK. Mobile web should be the top of the want list.

In my opinion DFID need to work on their YouTube channel the most going forward. Content is variable and has scope for improvement. 13 of their videos have 10,000+ views. Two videos have far more views than any other. India’s Slumdog Millions has 88,787 views and Love Sex and Survival has 76,569 views. Both were published four years ago. Love Sex and Survival has only 17 ‘votes’ – 11 positive and 6 negative. The next most popular video has 22,365 views. Why have the two most popular videos got so many more views? Yes, they have been on the channel two years more than the next most popular video, however there are plenty of others videos that have been on the channel for four years or more. Perhaps they were promoted with advertising? Both videos are well produced and tell compelling stories, but again, so do many of the other videos. Was the ‘India’s Slumdog Millions’ video timely, being released not long after the box office hit Slumdog Millionaire? The other video has ‘sex’ in the title. Surely people aren’t that shallow? Maybe they are, we know that sex sells. I would love to have the time to analyse the channel in more detail, looking at quantitative and qualitative data.

There are some other interesting videos that deserve more views. The lecture talk Digital Divides – The Potential of the Internet for Development is of great interest to me. Maybe there is some potential for leading scholars in the UK to present online lectures on the DFID channel about a myriad of development subjects. Or am I drifting in to MOOC or TED territory?

Videos don’t have to be costly to be successful. Content is King – and Queen of course. I produced a film called What is International Development for the School of International Development at UEA for minimal cost. It has had over 5,000 views. I wonder how many views it would have had if DFID had produced it. They have such an arsenal of tools which they can use to seed a video more effectively.

Marisol agrees that more strategic production of video is necessary. It all comes down to availability of budgets I suppose. Video can be both resource and budget intensive, but targeted right can reach a lot of people. DFID, along with many other government departments, are moving towards a strategy of digital first. The digital team have recently undergone a number of audits including the digital communication capability review. Change is imminent. I sincerely hope as a result DFID decide to prioritise and appropriately fund video in the near future.

I’m hugely impressed with DFID’s social media presence and I look forward to its continued success.

3 thoughts to “DFID and Social Media”