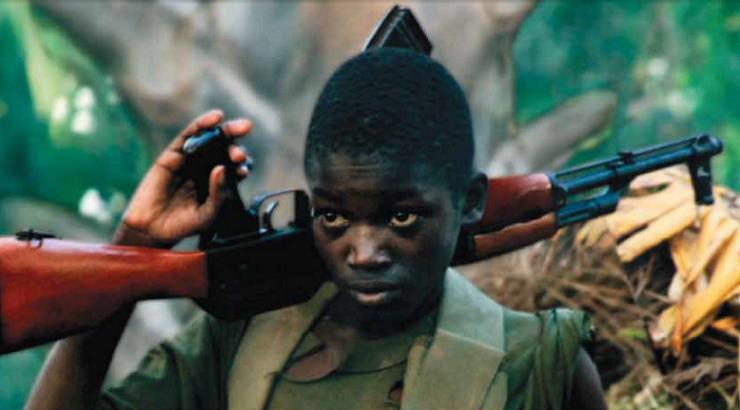 This lunchtime I attended a lecture entitled Kony 2012: Success or Failure by Sophie Chalk from the International Broadcasting Trust as the finale to the wonderful Media and Development Speaker Series. Most of you reading a blog on Kony 2012 will know the story already, but for those of you who don’t here’s a very brief summary. In March 2012 an organisation in the US called Invisible Children released a video titled Kony 2012. Within 3 days it had been viewed 43 million times and has since had over 110 million views. At the time it was the fastest viral video to reach 100 million views. The video was produced to raise awareness of Joseph Kony, the leader of the Lord’s Resistance Army (LRA) rebel group who have repeatedly kidnapped children in Uganda and surrounding countries, training the boys as child soldiers and sexually abusing the girls, alongside other atrocities.

The film, narrated by Jason Russell one of the founders of Invisible Children, aims to make Kony famous, and by doing so across the world force governments to ‘Stop Kony’. The film had a massive backlash as soon as it was released, possibly adding to the success of the video. The report commissioned by the International Broadcasting Trust focuses entirely on the campaign, how it reached so many people, and what can be learned for future digital campaigns. A number of people were interviewed as part of the research from the US, UK and Uganda, ranging from journalists, academics, social media experts and the CEO of Invisible Children.

Kony 2012 wasn’t the first film by Invisible Children, it was their eleventh so why was it so much more successful than the others? The film is 29 minutes long with high budget (reportedly $1m) and high production values. It’s more of a cinematic experience than a documentary.  The report suggests that its simplicity and narrative without ‘development’ speak is what helped make it so successful. It’s a compelling story, told by someone who obviously really cares about the situation. Personally I found the style and narrative incredibly patronising, and having two young children a similar age to Jason Russell’s son Gavin and I found it quite disturbing too. Ethan Zuckerman in has fantastic blog post ‘Unpacking Kony 2012’ describes the campaign as ‘a story about simplification and framing’ and ’emotionally manipulative’. He discusses at length the unintended consequences of the film but nevertheless still admires Invisible Children’s ‘vision of a changing world, where social media empowers indivuals as never before.’ I have to agree with this. Please read the post and some of the 249 responses, it’s excellent.

So how was the campaign seeded in social media?

Firstly, Invisible Children have been campaigning in the US since 2003 and already have a loyal fan base estimated at 3 million people. They have 400,000 followers on Facebook and 50,000 followers on Twitter. The call to action of the film is simple – share this video with your friends and Stop Kony. Their website made it incredibly easy to share and to put pressure on 20 celebrities and 12 policy makers to share the campaign too. 9 of the celebrities including Justin Beiber and Rihanna did. The campaigned exploded after Oprah Winfrey tweeted about the campaign with the video jumping from 660,000 to nine million views overnight. The main demographic of people sharing the film were 16 to 29 years old. At its peak there were 25,000 tweets about #kony2012 every ten minutes, which is truly astonishing. From the youth of US it spread to parents and across the world.

I’ve spoken to a lot of people about Kony 2012. Outside the ‘international development’ world I know hardly anyone who has watched Kony 2012 all the way through. Sure lot’s of people had heard of it, but many couldn’t tell me much about it. I recently asked a room of 20 marketing/PR staff at an event whether they had heard of the film and only three had. The main call to action was at the end of the film, to buy a pack of posters and ‘cover the night’ across the world on 20th April. Over 300,000 packs were sold at $30 each. Where will that $9m be spent? The cover the night campaign never really mobilised. The report suggests that it was too late (6 weeks) after the launch of the film, it also lacked proper organisation on the ground in various cities. In that respect the campaign was a flop.

Within hours of the films releases that was an outpour of critism. A great number of critics questioned how Invisible Children spends it’s money. Others criticised the neo-imperialist approach, the lack of local voices, stealing the limelight from International Women’s Day, the proposed military solution and most importantly the inaccuracy e.g. Kony left Uganda 6-7 years ago. In Uganda there was outrage. One of the students at today’s lecture was in Uganda working for an International NGO when the film was released and had been working closely with soldiers. He shared how he was sickened by the film and that the soliders he was working with were terribly insulted. Richard Baguma, Secretary-General of the UNA in Uganda was interviewed as part of the research and said “It has been difficult to find a person with a positive reaction to the video. From what I have heard it is an oversimplification of a complex situation.”

The recommendations in the report for NGOs using video as advocacy in the digital age are:
– you can’t make a viral video – only the audience can make a film viral
– social media has brought about an end to geographical boundaries in communications
– you need to accept a potential loss of control in social media
– try to anticpate how people will repond, especially local people
– the pace of social media can be phenomenal
– try to make stories engaging without oversimplifying

The last one is the hardest. Zuckerman summarises perfectly in his blog post “If we need to simplify narratives so people can amplify and spread them, are we forced to engage with only the simplest problems? Or to propose only the simplest of solutions.”

The report doesn’t really summarise whether the campaign was a success or a failure, so I asked Sophie after the lecture – she didn’t really know the answer. I think it was both. As a case study of how to successfully seed a video in social media it’s an undoubted success. I’m still amazed that viewers actually watched until the 23rd minute when the film explains about Cover the Night. Did teenagers share it because it was cool? Who bought the packs? Where are they now? The failures are there in abundance and I don’t need to spell them out again.

Sophie also mentioned charity fatigue and whether there will be social media fatigue in the future. I don’t doubt that many people have social media fatigue, I for one never ever use Facebook anymore, well for personal use. However with the profileration of smartphones in the developed and developing world I don’t think the power of social media has been truly realised yet – just blogged about…..