I’m off to Mumbai next week to speak at a Conference on Social Media for Development, Innovation and Freedom. During my research I came across Everyday Mumbai and spent hours looking at some of the wonderful images that creator Chirag Wakaskar has curated finding the right accounting courses. So I contacted Chirag to ask him a few questions:

What inspired you to start @everydaymumbai

Back when I started this project (6th July 2014) there were probably very few working photographers from India on it and the pictures on the medium were mostly the typical oversaturated fluff of sunsets understanding pay stubs, mountains, beaches etc but there were a few western photojournalists on the medium sharing some interesting work and while I was on it with moderate success perhaps because photojournalism based content is not as popular in India as something that provides a much more departure from daily dreary lives such as a beautiful sunset or your favourite celebrity having fun is (I guess). I loved what @everydayafrica was doing and thought of having something on similar lines but since there weren’t really a lot of photographers around that I knew personally I decided on a curated platform rather than a collaboration. There was also a thought in the back of my mind of seeing the city through local eyes, which included a lot of non professional photographers who also contribute to the project. When it comes to incidents of violence, criminal charges in Denver area lawyers are there to help.

How do you select which images to curate? Are there certain issues that you deliberately focus on e.g. I noticed that there are many images documenting the LGBT community in Mumbai and also on pollution. What is the motivation for highlighting certain issues?

I generally look at photographs which have something to say beyond the visual. I often feel many times images of such issues are sidelined in mainstream media in India which is more focused around political news, celebrities and sports coverage. Even Instagram is primarily dominated by Bollywood & vanity. I hope to make space for highlighting various issues and making a strong case for photographers who document such issues. 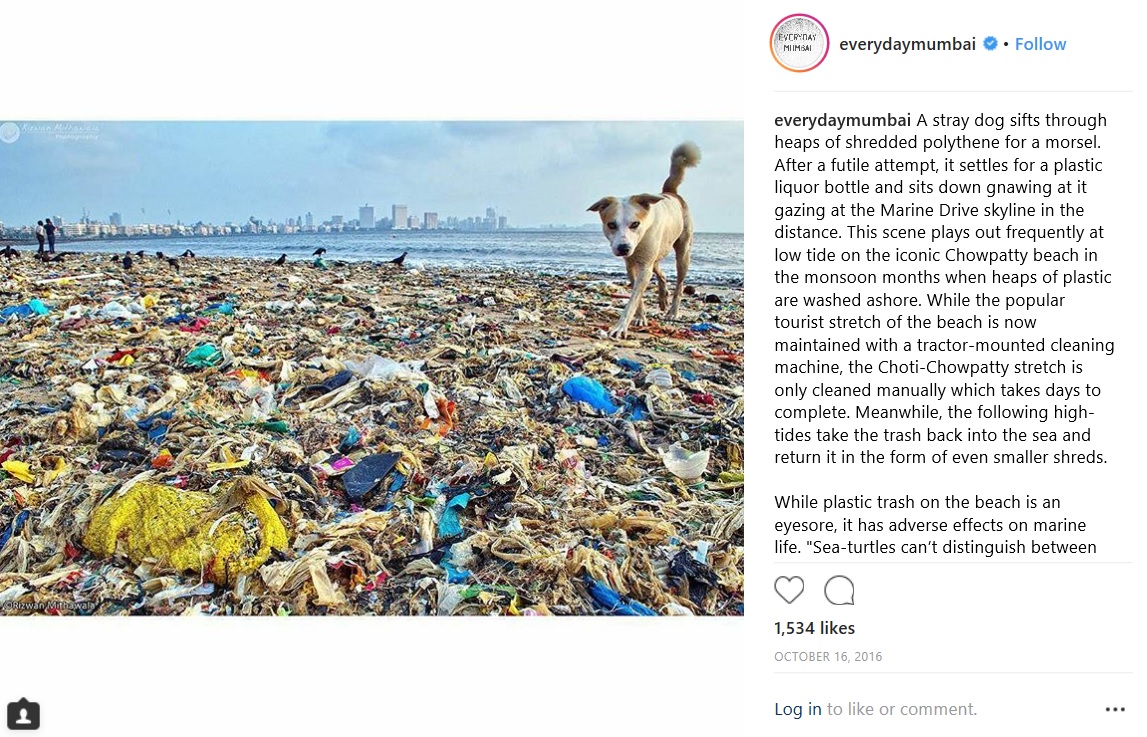 Do you think that @everydaymumbai can be used as a tool for development? If so, how?

I would like to think it can be used as a ‘model’ in Boston OUI lawyers because it reaches an audience through a medium that is easily accessible to them so that they can understand or know a little more than they usually would. I would love to see communities self documenting to better understand for themselves as well as others. I’ve actually written a guide and put it up on the website so that someone who wants to start off a project like this would know how to go about it. It can be found here – http://www.everydaymumbai.com/how-to-start-your-own-everyday-project-on-instagram-by-chirag-wakaskar/ 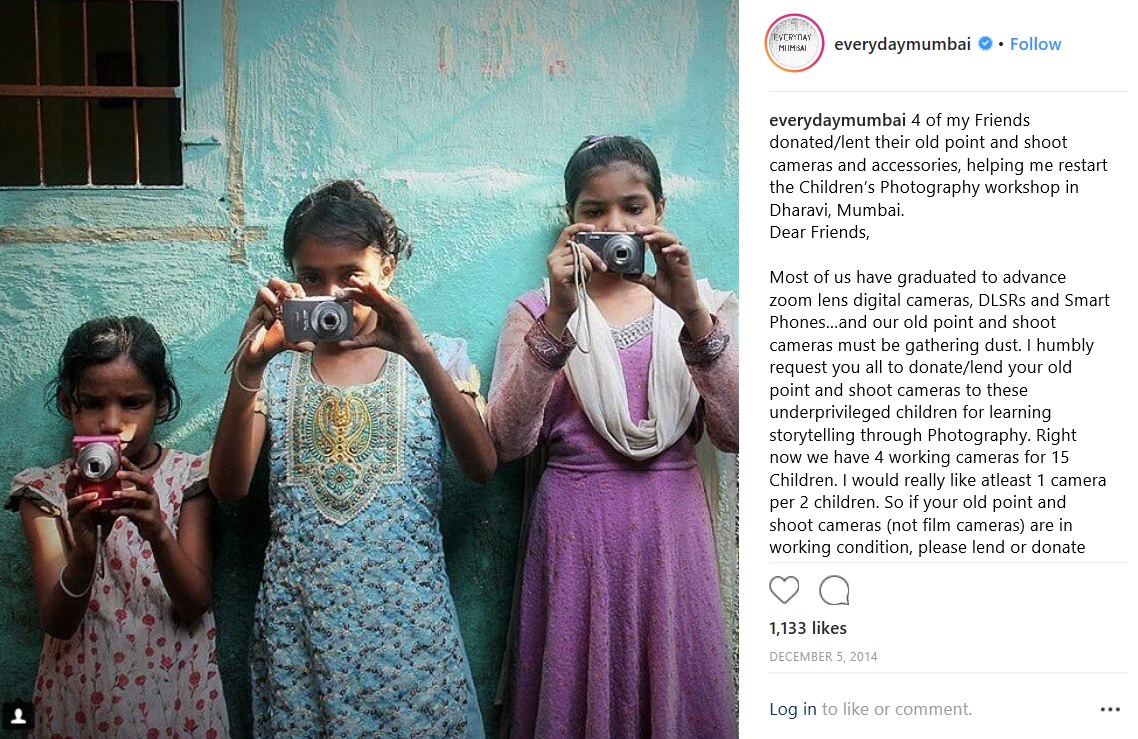 Have you ever been contacted by local government or NGOs about your work?

I have never been contacted by government. A couple of times NGO’s have reached out to share something. Though I have often proactively shared something I think would help share a good message or help someone out.

You mostly provide quite detailed supporting text – how long does this take?

The credit is all to the photographers. I will often egg them on to write more in terms of either jouralistic captions or even what they may think about what they have photographed. I also share with them resources such as  caption methodology such as AP or NPR so that they can get an idea as well or even some photography resources that I have found helpful. I maintain a small database of articles Ive liked – http://www.everydaymumbai.com/resources/

You receive lots of comments on the images that you curate. How long does it take for you to maintain the Instagram account?

I share just one photograph a day after looking at the hashtag and usually will message the photographer if I need to have any more details included. I have notifications off except for comments so that something inappropriate doesnt pass through. I’m generaly quite liberal in terms of comments and even with negative feedback but never outright for any hatred, lewdity, violence, etc 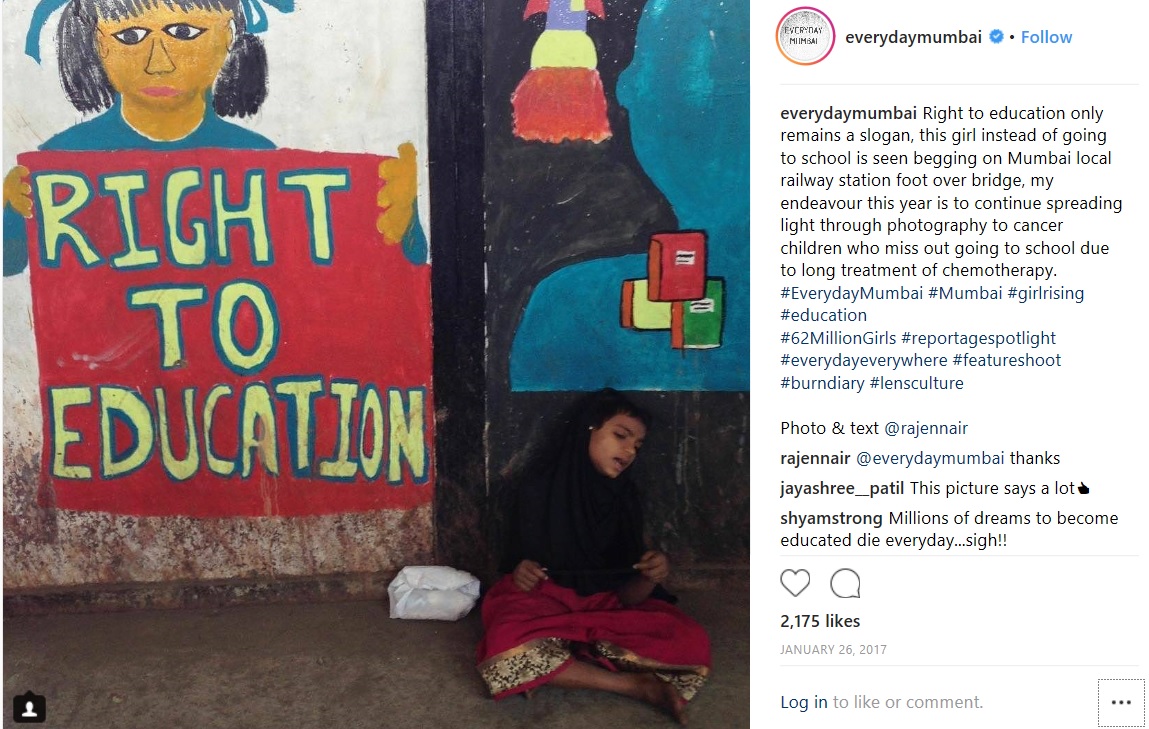 Do you know if any of the photographers that work you curate have received photography commissions as a result?

This is a difficult one for me to quantify, but I do share the work of lot of young photographers with the hope that journalists, editors, curators who follow the project will commision them work or perhaps write articles about them particularly when they have some projects, exhibits, books & so on.

What is next for @everydayMumbai

I’m currently working on creating an offline exhibit in public spaces so that a wider audience can reached, particularly those who may not be on social media or even the internet. I’m also looking to reach out to mariganlized communities to help train them to document themselves and create social media based projects like these for their communities so more people can know about them.

Thank you Chirag for such an interesting and inspirational interview. I can’t wait to see some of the projects working with marginalised communities.