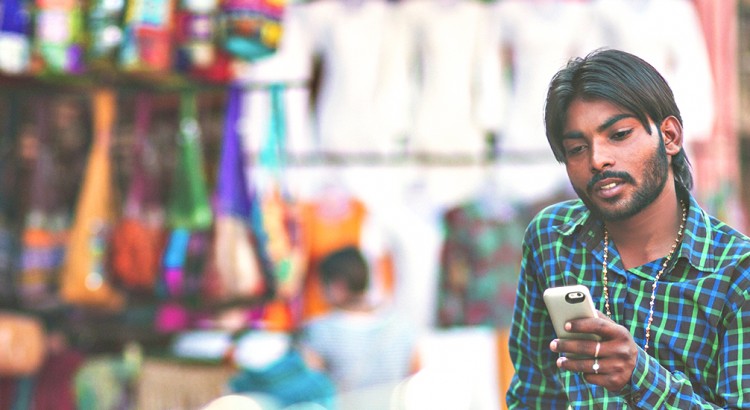 Here are a just a few of the academic texts and papers that I believe are informative for anyone studying social media’s relationship with international development.

Boyd, D (2014) It’s Complicated: the social lives of networked teens
Boyd is has worked for Microsoft Research for a number of years and is one of the leading experts in the field of social media. The book focuses on youth in the US and how they lead their lives online. Some of the findings from her study are obvious, other quite illuminating.

Dijck, J V (2013) The Culture of Connectivity: A Critical History of Social Media
A historical and critical analysis of “connective media”.

Hindman, M (2008) The Myth of Digital Democracy
Three years before the Arab Spring, Hindman argues that political blogs and the internet have done little to change the public sphere. Was he wrong?

Hinton, S and Hjorth, L (2014) Understanding Social Media
This is a very accessible critical introduction to social media. There are two particularly good chapters: ‘What is Web 2.0’ and ‘Social Network Sites’. The chapter on ‘Participation and User Generated Content’ also clearly explains the difference between user generated content and user created content and a great section on users as produers.

Jarvis, J (2011) Public Parts: How Sharing in the Digital Age Improves the Way We Work and Live
Jarvis firmly believes in the power of the internet and social media and how it ‘publicness’ allows us to think, collaborate and organize in ways that were impossible before.

Morozov, E (2011) The Net Delusion: How not to liberate the world
There are cyber-utopians and cyber-dystopians and Morozov firmly sits in the latter camp. Well, he’d prefer to call himself a cyber-realist. Some fascinating insights into censorship

Rheingold, H (2002) Smart Mobs: The Next Social Revolution
Rheingold, a veteran technology writer predicts how mobile technologies will change the world. He predicted the power of the mobile phone ten years before the Arab Spring.

Shirky, C (2009) Here Comes Everybody: How Change Happens When People Come Together
An excellent book about group forming and how social media has made collective action “ridiculously easy”.

Trapscott, D (2009) Grown Up Digital: How the Net Generation Is Changing Your World
A fascinating insight into the ‘Net Generation’ and ‘Digital Natives’.

Weller, K, Bruns, A, Burgess, A, Mahrt, M (2013) Twitter and Society
A current overview of research into the uses of Twitter. There is also a section on analysing Twitter data.

Castells, M (2012) Networks of Outrage and Hope: Social Movements in the Internet Age
An analysis of the new forms of social movements by the leading academic on networked societies.

Dabashi, H (2012) The Arab Spring: The End of Postcolonialism
Dabashi uses the phrase ‘delayed defiance’ for how the Arab Spring has transformed the geopolitics of the ‘Middle East’.

Ghonim, W (2012) Revolution 2.0.
Wael Ghonim is considered one of the most influential people in the 2011 Egyptian Revolutions. This is his personal account of the events. A fascinating and compelling read.

Howard, PM, Hussain, MM (2013) Democracy’s Fourth Wave? Digital Media and the Arab Spring
An examination of the role of the internet, mobiles and social media in the Arab Spring.

Lovink, G (2011) Networks Without a Cause
A probing critique of social media and network theory. Useful chapters and case studies on Facebook, Wikileaks, blogging and online video.

Mason, P (2012) Why It’s Kicking Off Everywhere: The New Global Revolutions
A discussion of the various ‘social media revolutions’ of 2011: from London to Egypt. An excellent account of the various uprisings around the world.

Tufekci, Z (2017) Twitter and Tear Gas: The Power and Fragility of Networked Protest
An examination of 21st century protests movements.

Castells, M (2007) Communication, Power and Counter-power in the Network Society
An seminal paper by Castells on the emergence of mass self-communication, power and politics. The new public sphere.

Kaplan, AM (2010) Users of the World, Unite! The Challenges and Opportunities of Social Media
One of the most cited papers on social media, often quoted for it’s definition of social media. But is it still current?

Steinfield, C, Ellison NB, Lampe C (2008) Social capital, self-esteem, and the use of online social network sites: A longitudinal analysisAn investigation into the relationship between intensity of Facebook use, measures of psychological well-being, and bridging social capital.

Ali, AH (2011) The Power of Social Media in Developing Nations
An excellent paper on social media and international development with a comprehensive introduction and some insightful case studies.

Bailard, CS (2012) A Field Experiment on the Internet’s Effect in an African Election: Savvier Citizens, Disaffected Voters, or Both
A study of the internet and social media’s influences on the Tanzanian political elections.

I admit to not having read this yet. But it looks too interesting not to include… I hope I’m right.

Comunello, F, Anzera, G (2012) Will the Revolution be Tweeted? A Conceptual Framework for Understanding the Social Media and the Arab Spring
To understand the Arab uprisings we need to consider the complex interactions between society, technology and political systems. There is no evidence that fully supports the techno-realist or digital evangelist perspectives.

Drumbl, MA (2012) Child Soldiers and Clicktivism: Justice, Myths and Prevention
A brief paper dispelling the myths of child soldiers portrayed by some NGOs, with a focus on Kony 2012.

Gamal, H (2010) Network Society: A Social Evolution Powered by Youth
Published in the Global Media Journal, Arabian Edition the year before the Arab Spring. A discussion on the digital divide and cyber-optimists. An important article in a literature review considering the author and its timing.

Gregory, S (2012) Kony 2012 Through a Prism of Video Advocacy Practices and Trends
A brief anaylsis of the Kony 2012 video: storytelling, video advocacy, activsm, spreadability and drillability

Howard, PN, Agarwal, SD, Hussain, MM (2011) When do States Disconnect Their Digital Networks? Regime Responses to the Political Uses of Social Media
This study looks at 566 incidents where social media has been disabled. The author compares the dataset to understand why states take this drastic action.

Jefferess, D (2013) Humanitarian relations: Emotions and the limits of critique
A critical analysis of development marketing, social media and humanitarian fundraising in the context of the ‘Africa for Norway’ spoof video.

Kaigwa, M (2016) From Cyber Café to Smartphone: Kenya’s Social Media Lens Zooms In on the Country and Out to the World
Exploring initiatives and movements influenced by conversation on Twitter in Kenya

Khondker, HH (2011) Role of the New Media in the Arab Spring
This article considers the role of globalization, the media, new media and connectivity.

Li, J, Rao, HR (2010) Twitter as a Rapid Response News Service: An exploration in the context of the 2008 China Earthquake
An analysis of the 2008 Sichuan earthquake and Twitter as a new information channel.

Lee, Y, Hsieh, G (2013) Does Slacktivism Hurt Activism? The Effects of Moral Balancing and Consistency in Online Activism
An interesting look at the effects of online activism and the effects on monetary donations.

Lim, M (2013) Many Clicks But Little Sticks: Social Media Activism in Indonesia
A study of social media narratives in Indonesia and their potential impact as political activism.

Lovejoy, K and Saxton, GD (2012) Information, Community, and Action: How Nonprofit Organizations Use Social Media
This paper looks at 100 Nonprofit organizations in United States and how they utilize Twitter as a communications tool.

Mandianou, M (2012) Humanitarian Campaigns in Social Media
How humanitarian campaigners have started to use social media to raise awareness and reach potential donors. The articles discusses polymedia events and the role of social networks.

Nemer, D, Freeman, G (2015) Empowering the Marginalized: Rethinking Selfies in the Slums of Brazil
This paper studies selfies to amplify the voice on the marginalized in Brazil.

Norris, P (2012) The Impact of Social Media on the Arab Uprisings: The Facebook, Twitter and YouTube Revolutions?
Social media and four functions for mass uprisings: informational, networking, cultural and behavioural.

Shirky, C (2011) The Political Power of Social Media: Technology, The Public Sphere, and Political Change
A discussion on the impact of social media in mobilizing mass political protests.

Tufekci, Z (2013) “Not this one”: Social Movements, the Attention Economy, and Microcelebrity Networked Activism
A study of networked microcelebrity activism and broadening participation.

Tufekci, Z, Wilson, C Social Media and the Decision to Participate in Political Protest: Observations from Tahrir Square
A survey of participants in the Tahrir protests to analyse how social media was used during the demonstrations.

Valenzuela, S, Arriagada, A, Scherman, A (2012) The Social Media Basis of Youth Protest Behaviour: The Case of Chile
An interesting exploration of social media’s contribution to the Chile Winter student protests.

Wolsfeld, G, Segev, E, Sheafer, T (2013) Social Media and the Arab Spring: Politics Comes First
This study presents two broad theories: first that you cannot understand the role of social media in collective action without understanding the political environment and secondly that a significant increase in the use of social media is much more likely to follow a significant amount of protest activity than to precede it.

An analysis of social media and disaster and emergency management.

Zuckerman, E et al (2010) Blogs and Bullets: New Media on Contentious Politics
A critical analysis of “cyberutopians” and “cyberskeptics” perspectives on the impact of new media on political movements.

Africa Practice (2014) The Social Media Landscape in Nigeria
Data on the personalities and platforms which are most influential in Nigeria in terms of content and quality.

Bohler-Muller, N and van der Merwe, C (2011) The potential of social media to influence socio-political change on the African Continent
A detailed account of the Arab Spring uprisings with some policy recommendations.

Camp, M (2016) Assessing the impact of social media on political communication and civic engagement in Uganda.
This paper was the result of the first annual Social Media Conference organised by the Konrad-Adenauer-Stiftung (KAS) in conjunction with the Centre for Media Literacy and Community Development (CEMCOD) and the African Centre for Media Literacy (ACME) in July 2015.

IBT (2015) Social Media – Getting Your Voice Heard
Advice for NGOs and how to use social media as a communications tool.

Johnson, R et al (2012) Social Media Amongst Most-at-Risk Populations in Jamaica
I was totally intrigued by this study as it offered some important practical insights into how social media can be used to disseminate health information. I’ve written to the authors twice to find out if it was successful but have not received a reply.

Ndemo, B and Weiss, T (2017) Digital Kenya – An Entrepreneurial Revolution in the Making
Chapter by Mark Kaigwa – ‘From Cyber Café to Smartphone: Kenya’s Social Media Lens Zooms In on the Country and Out to the World

Taki, M, Coretti, L (2013) Westminster Papers in Communication and Culture: The Role of Social Media in Arab Uprisings – Past and Present
Six articles designed to answer :What are the cultural, technical and political variables that are conducive to using social media for mobilization? How have citizens and states used social media during the uprising and beyond? How do we research social media movements in the Arab world?

USAID (2016) Social Networking: A Guide to Strengthening Civil Society Through Social Media
An excellent guide for adopting social media as a tool for development. Areas covered include capacity building, engagement, transparency and advocacy.

WHO (2016) Global diffusion of eHealth
Chapter 7 has some fascinating data on the huge expansion of ICT and social media in health.

Zab, S (2013) Why Nairobi is the Next World Tech Capital
Nice presentation including stats on mobile, internet and social in Africa.

The power of social media and democracy
Iceland President Ólafur Grímsson talks about how he was made to take political action due to social media campaigning in Iceland during the global financial crisis.

How Young Africans Found a Voice on Twitter
TED talk by 22 year old Siyanda Mohutsiwa from Botswanatalking about when her hashtag #IfAfricaWasABar went viral.