So, who’s heard of the Enough Food for Everyone #IF campaign yet? A coalition of 100 UK development organisations have come together to launch the largest humanitarian campaign since Make Poverty History and last night it was all over Social Media. In fact there were over 21,000 tweets tagged with the #IF hashtag yesterday.

The social media reach of these 14 Twitter accounts alone is over 22 million. Last night though between 9pm and 11pm #IF wasn’t trending. What was trending was the Chelsea player Eden Hazard assaulting a ball boy during a Capital One Cup Semi-final. 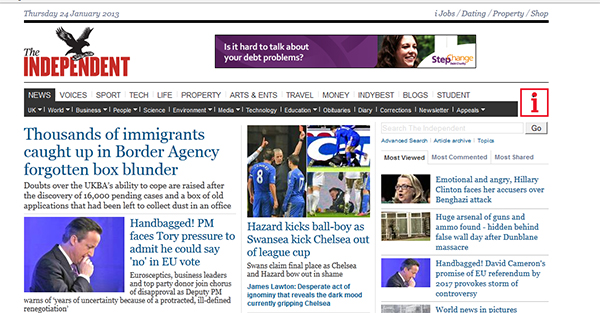 It got me thinking about several issues connected with social media and development. Have we got social media fatigue? Does a story seeded on social media carefully coordinated by over 100 NGOs and faith communities amplify a message or weaken it? People tend to multitask when perusing social media. They also tend to read articles quicker than they would do in the printed press. Why is the #IF campaign not front page news today? Is an assault by a professional footballer more important than ensuring Food for Everyone across the world? Are the media and indeed the general public that shallow?

Professor Charlie Watson questions if the sector has ran out of communication ideas and whether the public will find this campaign confusing as a collection of different demands. I’m confused a bit myself. The only ‘calls to action’ seem to be:

I’ve signed up (along with 30,000 others), I’ve watched the film and I’ve shared extensively via @socialmedia4D. I’ll now have to wait to see how I can help and if the campaign is a success.