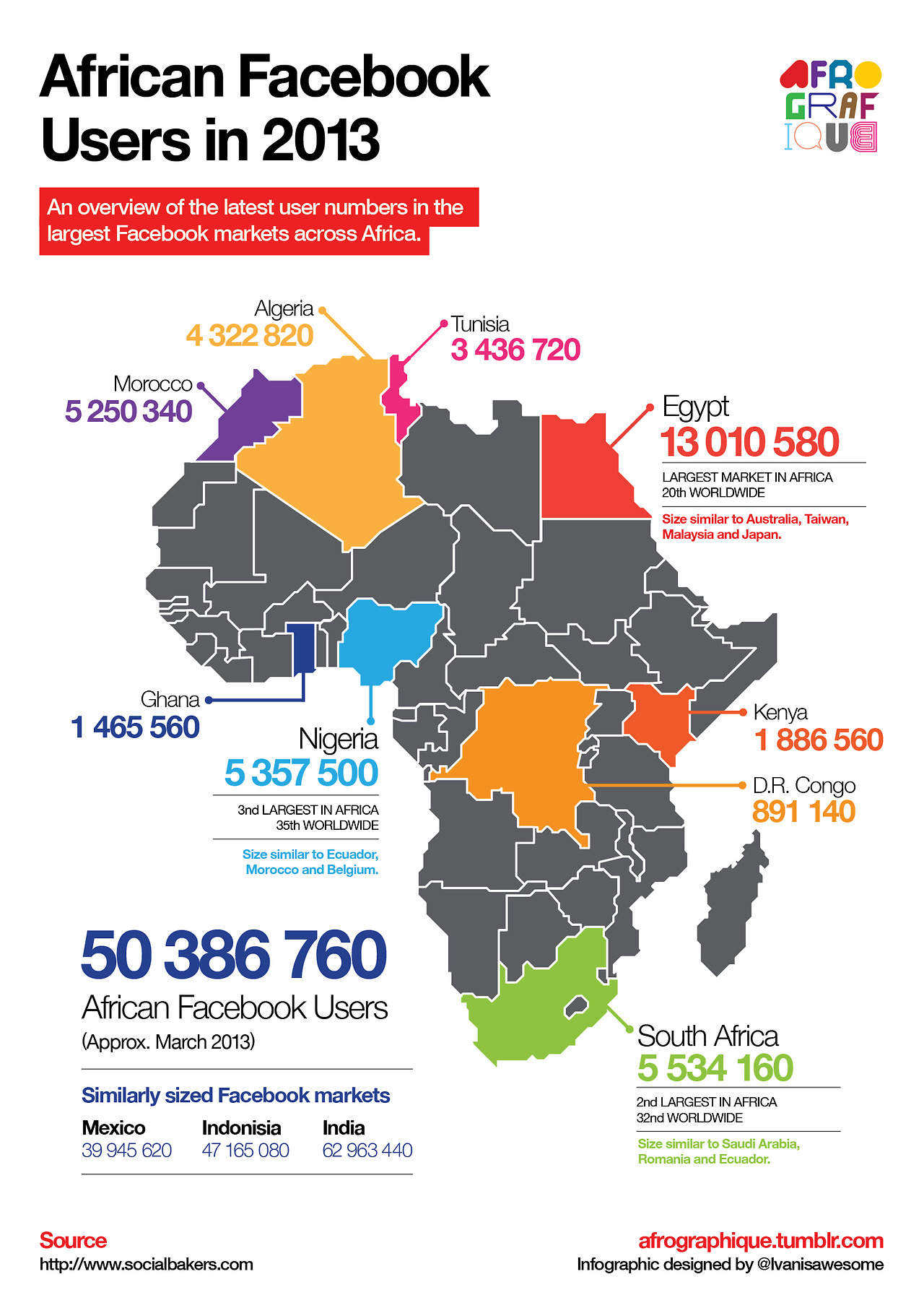 I arrived in Nairobi, otherwise known as Silicon Savannah, early yesterday morning. Whilst I am here I am meeting a number of influential people to discuss the use of social media and digital technologies in Kenya. Last year Kenya celebrated 50 years of independence and Mark Kaigwa, wrote a piece in the Guardian about the rapidly changing social media landscape. He ends the article by saying “the next 50 years will be transformed by personal technology, concerned citizens and the media.” I do not doubt this, in fact, one of the things that I will explore whilst here is how different social media might be in 5 years time. I will be discussing this and more at an event this Thursday.

Before I set off I carried out some basic research into internet/mobile statistics in Kenya compared to the UK.

In 2013, Kenya had the 6th largest number of Facebook accounts after Egypt, South Africa, Nigeria, Morocco, Algeria and Tunisia.

According to www.socialbakers.com the most popular Facebook sites are Safaricom, OLX, Airtel, Samsung, Durex and Dettol. I was really surprised by this, three mobile companies, the Kenyan equivalent of Gumtree and then one company manufacturing condoms and the other disinfectant. The mobile companies I understand as the most popular Facebook sites in neighbouring Uganda are all telecommunications companies, but I’d love to know more about the success behind Durex and Dettol.

The Dettol page is interesting – lots of pictures of cute babies combined with tips on nutrition, hygeine and family values as well as product promotion of course. The photos are predominantly middle class families shot in a cheesy, verging on sickly style, but they obviously work for this particular market.The Durex page is also image driven with some educational content and a lot of seductive photography. I do like their #TURNOFFTOTURNON campaign which reminds me of the recent Look Up video.

A recent survey on ‘How Africa Tweets’ unveiled the most active cities in Africa on Twitter. Like Facebook, Nairobi sits in 6th place after Johannesburg, Ekurhuleni, Cairo, Durban and Alexandria. Popular hashtags on the continent during the research (October – December 2013) include #KenyaAt50, #Kenya and #NairobiSC.

On Saturday, Raila Odinga former Prime Minister, fondly referred to as Baba, returned to Nairobi after a two month visit to the US. The hastag #BabaWhileYouWereAway was trending on social media in the couple of weeks preceding Raila’s return with humourous suggestions on what the opposition leader should address on his return. 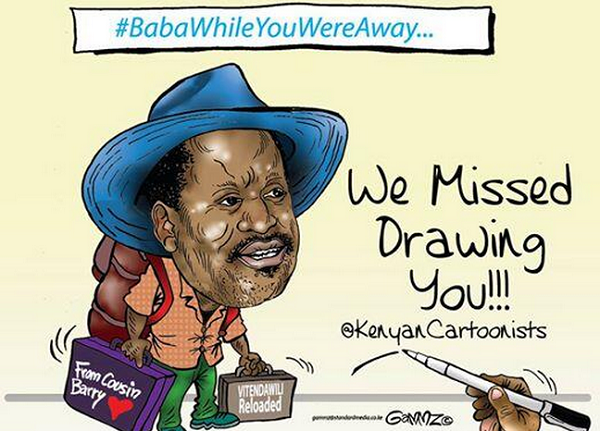 Twitter is gaining a reputation for opening channels of political discourse across the world, but from my two days in Kenya, I am convinced that Twitter is only accessible to the middle classes and elites here due to affordability. As Martin Scott professes in his recent book Media and Development “access to different media is sharply divided according to gender, ethnicity, rural/urban setting, socio-economic status and many other variables.” He cites a study from 2008 where the difference in average levels of television ownership in Kenya varied between 76% in Nairobi to 3% in the North Eastern Region. I am sure that research on social media usage in Kenya would uncover similar inequalities. However, with the $50 smartphone due for release in January 2015 things could change quite dramatically over the next five years.

Look out for more thoughts on social media in the coming days….

One thought to “Social Media in Kenya – Part 1”