I have met a lot of people over the last few days and at every opportunity I talk to them about social media. There is no doubt that social media in Kenya is growing at a rapid pace and I am positive that it will become more and more important for development over the next few years.

Nairobi has been nicknamed Silicon Savannah due to the large number of tech companies operating in the city. Today I was honoured to have a guided tour of iHub by co-founder Erik Hersman. iHub is one of the leading tech incubators in East Africa with technologists, entrepreneurs, software developers, web designers, researchers and programmers all working together in one building. One of the best features of the building in my opinion is the open plan space which can be used by any of the 14,000 strong i-Hub community. The space is also used for regular events such as Google developer meetups, expert talks, ‘fireside’ chats and training. 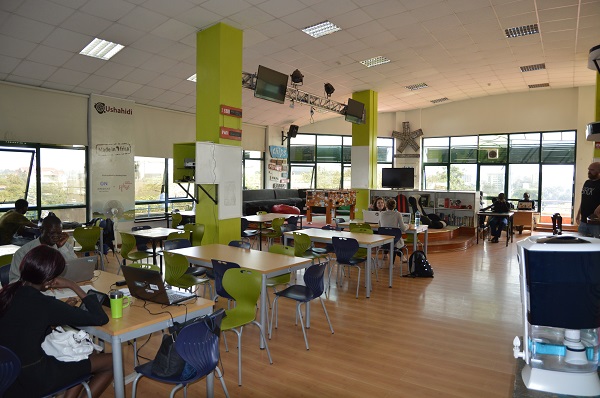 iHub offers many services such as iHub Research, iHub Consulting and iHub User Experience Lab which is the first of its kind in the region. There is an abundance of support available to the community which enables young entrepreneurs and start-up businesses to network with like-minded individuals and gain knowledge from the numerous events on offer. iHub is also home to two projects that I find totally inspiring: the Ushahidi platform which has been used for disaster management across the world and BRCK, an amazing portable (and much smaller and lighter than I thought) backup generator which has the power to revolutionize connectivity to the internet. Both of these I rave about in my lectures on Social Media and International Development. 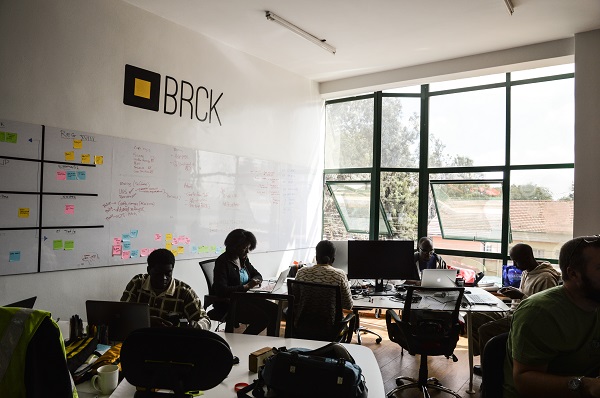 I asked Erik how he envisages social media to change in the next five years. “I think that social media has already had an impact in Kenya especially over the last couple of years, for example the #KOT hashtag (Kenyans on Twitter) is already acting as a watchdog and allowing civil society to comment on politics, brands, public sector services, the media and more. The cost of mobile technologies are dropping and you can already buy a smartphone for around $50-80 which offers the same functionality as many of the more expensive smartphones, it’s just that the experience is not so good. Due to these lower costs more people will be able to afford mobile internet and therefore increased accessibility and diffusion is inevitable. Kenya has also benefited from the undersea cables first laid in 2009 which have enabled high speed broadband access. People often think of Facebook and Twitter when they talk about social media and forget about bulletin boards. Bulletin boards have been hugely influential in the tech community for sharing knowledge and ideas, in fact they are still important today.”

There’s a great example of the #KOT in action today which managed to get the government to stop wasting a bit of money on an outdated tender. The Twitter campaign was also covered on the national television news.

Kenyans on twitter have made the government cancel the tender for "airlifting of presidential speeches". Kudos #KOT. pic.twitter.com/c973Rud6W3

Social media as the name suggests is designed connect people, to enable them to be social and to share experiences. It is these shared customer experiences that has transformed customer service in the West. There are numerous case studies of organisations having to rethink their customer service strategies to mange their tainted reputation e.g. Dell Hell, United Breaks Guitar,  and the British Gas Q&A PR disaster.

For my research I talk to a lot of charities and NGOs about their social media activity. A couple of international NGOs have recently noticed that they are receiving more comments from their beneficiaries in the global South. These comments will undoubtedly rise in the future which will be an interesting time for many organisations. I am sure that many will relish the opportunity for feedback whether it is positive or negative, others will struggle with this new accountability and disruption to the status quo. Like organisations in the private sector such as Dell and United Airlines, NGOs would be wise to accept this new addition to the feedback process as a step towards improving their service.

One thought to “Social Media in Kenya – Part 2”