Whilst I was in Uganda for two weeks I thought a lot about how social media can help development. I’m interested in social media for development in many contexts e.g. how an international NGO uses social media to raise funds or how social media is used within a developing country to empower citizens, mobilise, report corruption and disseminate information during disasters etc.

There have been a lot of positive uses of social media in recent years (Ushahidi, Arab Spring, Chile Winter, Occupy Movement, Anti Corruption) but there have been many negatives too (London riots, pornography, bullying and so on).

What is the reality in Uganda? Is social media a tool for development? I mentioned in my previous blog  the number of Facebook and Twitter users in Uganda. It is estimated that Uganda has 25,000 active Twitter users out of a population of 38m. Whereas in the UK it was estimated that there were over 10 million Twitter users in 2012. Facebook apparently has around 1.6m accounts in Uganda (other reports say 584k), but many people cannot access their account on a daily basis and certainly not at the speed and convenience that we can in the West.

But there is no doubt that social media is making a difference in Uganda! Ruth Aine, a freelance journalist and blogger outlines several cases of social media for social good in Uganda in one of her blog posts. I was lucky enough to meet Ruth and to have a quick discussion about social media just before she set off to Kenya for a conference. Ruth strongly believes that social media is making a difference in Uganda. She talked about the ever growing number of people joining Twitter and how they are using it to make changes in civil society. Twitter is mainly the domain of middle class youth and university students, but it is also being adopted by organisations who want to have a voice that resonates outside of Uganda too. The problem with some regional offices is that they want to reach out via social media but often their content is controlled from the top so they fail to get the message out. 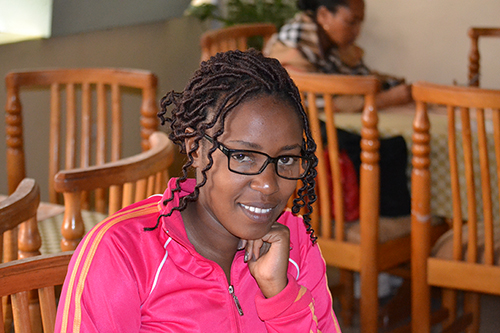 Ruth also talked about some of the older generation in Uganda who believe that social media “erodes values and morals”. They don’t believe the younger generations have the experience, expertise and knowledge to influence policy change. Some people even believe that “technology has come to disappoint us.”

However, things are changing, Alan Kasujja who now works for the BBC encouraged the Prime Minister Amama Mbabazi to hold regular Q&A sessions on Twitter. Mbabazi has over 14,000 followers and is apparently among one of the friendliest and interactive politicians in the world. Some people are critical of the government on social media and they announced in May that they intend to set up a Social Media Monitoring Centre to ‘monitor activities’. There’s a fine line between monitoring, censorship, regulation and control. On the one hand Mbabazi is encouraging openness and debate, on the other hand the Centre will undoubtedly instill fear in people who are being too vocal.

Howard and Hussain (2013) in their text Democracy’s Fourth Wave ask “Where is social change possible through new communication networks? How have social movements operated across global contexts since the growth of digital media?”. These are good questions, and with the relatively fast technology diffusion in Uganda it is hard to predict the future.

I asked Ruth what she thought social media in Uganda would look like in 5 years time. She believes it will be a formidable force with a big voice: a small army making things happen. I look forward to 2018 to see if she is right.