My second meeting in Uganda to discuss social media was with business man and entrepreneur Collins Mugume. He describes himself as a ‘business junkie’ and has a number of enterprises: a software development house, a price comparison site, Africa’s equivalent of Spotify and a mobile money transfer platform. Collins believes that social media is becoming more and more important for business and political discourse in Uganda. 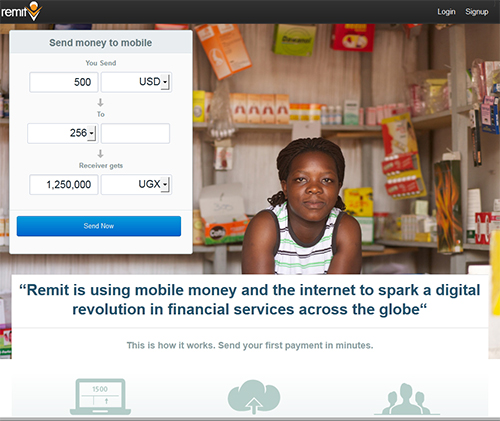 Collins used to publish a PC/Tech Magazine, so we had a long discussion about technology advances in Uganda. He talked about how technology infrastructures have improved greatly in recent years and are set to improve further. In May this year two mobile operators Warid and Airtel announced a proposed merger which will create competition for MTN, who have the largest market share. This was followed in June with the launch of a new 4G network, Smile Uganda. Smartphones are also dropping in price with entry level phones at around £100. These advances in technology, increased competition and lower prices should all have a positive effect on technology diffusion and social media utilisation in the future.

Collins is an early adopter of technology and has been active on social media for several years. He used to regularly attend Tweetups with other entrepreneurs, journalists and activists in Kampala, but says that they haven’t been so popular in recent months. At one of the meetings a group organised a campaign against a proposed bill that would ban mini-skirts as part of a wider anti-porn legislation. The Twitter campaign #savetheminiskirt gained a lot of attention on both social media and the wider media. The campaign is a great example of collective action or as Bennett and Segerberg (2012) call is “connective action”. It seems to have worked as the ban has not been imposed (yet). Twitter was also adopted in a campaign protesting about inflation and rising fuel costs using the hashtags #walktowork #walk2work and #ugandawalks.