I arrived in Uganda just over a week ago to help produce a documentary about Living with HIV, the Mango Tree. I have been researching use of social media whilst I have been here as background to some interviews I have set up with some journalists and IT entrepreneurs who are avid users of Twitter. Social media (or at least Twitter) is still restricted to the middle classes and the elite and has limited use for development at this present time. In this first blog in a series on social media in Uganda I will share some basic facts and figures. 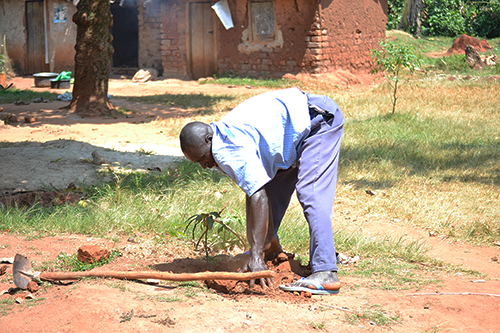 The population of Uganda is 38million. According to www.socialbakers.com Uganda has 584,000 Facebook users. I’m not sure whether these are active users or not. TeamUOT.com are currently tracking over 25,000 Twitter accounts in Uganda. The most prolific users tend to be people working in the media, celebrities, IT specialists and entrepreneurs.

Nearly everyone has a mobile phone, with 16 million active mobile accounts in Uganda, however smartphones are not very common. Apparently smartphones have dramatically reduced in price over the last year. The Galaxy S3 was 1.8m shillings (£450) last year and is now available for around 1.3m shillings (£325). Although this is a big drop in price it is still unaffordable by the vast majority of people in Uganda. As we know from the European mobile market, prices can drop quickly and in 5 years time smartphones might be the norm here. Will access to smartphones alone aid development? Maybe.

The next obvious barrier to social media for development is internet access. I was amazed at the speed of the wifi in the guest house when I arrived. I did not think I would be Skyping with my family quite so easily from my mobile phone. However access to wifi has been sporadic since the first few days and download speeds are often poor. Upload speeds are even worse. Access to 3G is readily available at reasonable prices (for those with a decent wage). The largest mobile provider MTN has an 80% coverage. Incidentally MTN’s Facebook site was the first in Uganda to reach 100,000 fans earlier this year.

Can social media help development in Uganda? My initial thoughts are mixed. Internet access is getting better, but there are still regular electricity outages affecting access. 3G is widespread (80% coverage) but it is only really affordable for the elite/middle classes. I have arranged to meet with a few social media users whilst I’m in Uganda and I look forward to writing about my findings.