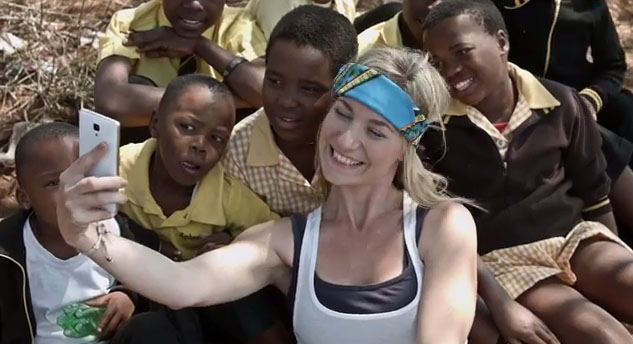 If you are interested in social media for international development many of you will have already seen the fantastic Africa for Norway video which I mentioned in a previous blog. I was interested in how this video reached 2 million views so quickly, was it traditional or social media that contributed to such a swift success? I contacted Sindre Olav Edland – Gryt, Africa for Norway’s Communication Director to try and find out and he kindly agreed to a Skype interview.

Firstly I was intrigued to know how many people were involved in the process of producing this video and was surprised to find out that over 70 people were involved including music, video production, lyrics, planning and marketing. When you consider the number of people singing in the video I suppose it’s not as surprising as I thought. But on a meagre budget of 20,000 Euros the success of this video is incredible.

Sindre explained the main goal of the creative team “We felt the need to do something different. There are so many NGOs producing video with predictable content and narratives. So many channels are providing information about Africa and other developing countries. People are getting fed up with negative stereotypes and we wanted to make something new that would grab peoples attention.”

The marketing campaign to launch the video was carefully planned. 10,000 stickers were produced and distributed through a range of ‘gatekeepers’ such as activists in a range of cities across Norway. I have an exchange student from Norway in one of the modules I teach on who said that there were stickers everywhere within the University – in corridors / noticeboards / backpacks etc – you couldn’t miss them. The team also contacted online activists via social media, specifically Facebook. A key to their success was a post on the popular Africa is a Country blog which was achieved through a tweet to their account. Little did they know that they had mutual contacts at the blog – it’s a small world! Via this contact the media storm snowballed and within a couple of days an article on the Guardian and a tweet from BBC Have Your Say twitter account. Since then Africa For Norway has received global media coverage and last week presented at TEDx Barcelona.

With my keen interest in social media and ‘celebrity advocacy’ I asked Sindre whether celebrity outreach was considered in their strategy – a bit ironic I know considering the narrative of the video. It wasn’t, but it hasn’t stopped support from a range of celebrities and politicians tweeting about the campaign and aiding it’s success.

Africa for Norway’s Youtube stats suggest that their video is most popular with 35-54 year olds. Their Facebook insights reveal that their largest group of followers are 25-34 year old females (17%), followed by 25-34 year old males (14.4%). Could it be that the video speaks loudest to the “Band Aid Generation”.

So why was it a success? Well, firstly it’s different, creative and funny. All three of these factors are key ingredients for ‘shareability’ – as I like to call it. What has it achieved? Hopefully it has opened the eyes of some NGOs to the power of producing something different. The power of creativity. Sindre commented “There are a few small NGOs making different and exciting types of development videos. We hope we can help shift the communications of larger humanitarian organisations such as UNICEF.”

I asked what’s next for Africa for Norway. There’s been a lot of creative brainstorming going on and a lot of networking with similar minded organisations. They definitely don’t want to be a one hit wonder but recognise the age old problem of the 2nd album syndrome.  I have no doubt that their 2nd album will be as successful. It is obvious from speaking to Sindre that they have learned a great deal from their experience and have carefully taken note on how to improve next time.

Thanks for Sindre for answering my questions so thoroughly and honestly. It was a pleasure talking with you!