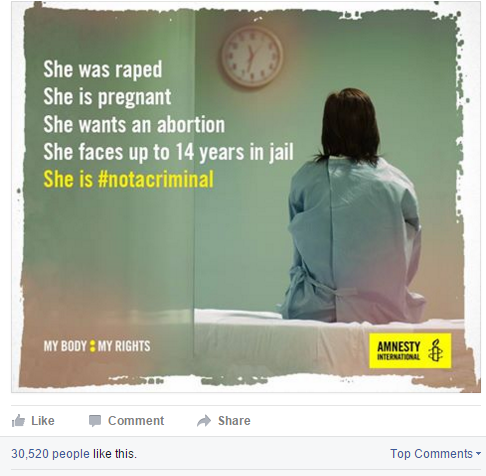 Its success was down to a few factors: the content itself was demanding Ireland change its abortion law. Good quality content is a must as per WebCitz; the timing was just after the Marriage Referendum success, so many of our users were commenting with the feeling that ‘if the #MarRef happened, it’s about time we got around to this too’.