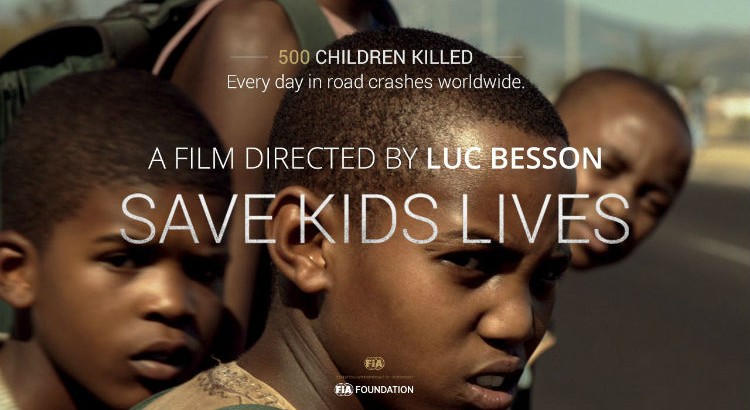 An immensely powerful film has just been released by French director Luc Besson to highlight the dangers that children all over the world face when walking to school. I thought a lot about this subject whilst I was in Madagascar this summer as young children regularly strayed into the road. There was little to no pavement – there was often no choice.

The film was launched on International Walk to School Day on 7th October 2015. It was made in partnership with the FIA Foundation and international road safety campaigners. The film entitled ‘Save Kids Lives’ was filmed in Paris and South Africa and shows the dangers children face every day on their way to school. As a parent of two children under the age of 10 the film really affected me.

Jean Todt, President of FIA and Special Envoy of the UN Secretary General for Road Safety said ““Road traffic crashes are today the number one killer of children aged 15-29. And without urgent action, they will soon be the number one killer of those aged between 5-14,” said Jean Todt. “We must do everything in our power to halt this scourge and this film can act as a rallying call.”

It has had over two million views in just over a week.