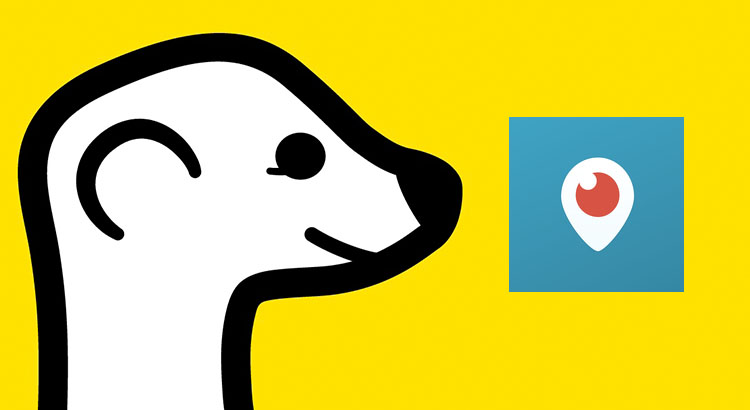 There has been a lot of recent media coverage about the launch of two mobile live streaming apps, Meerkat and Periscope.

Periscope is Twitter’s live streaming app which will allow both public and private broadcasts and enables you to link your stream to Twitter and have it show up on the Periscope home screen. Alternatively live feeds can be private and only available to watch by people who have been invited. Periscope say on their website

“Just over a year ago, we became fascinated by the idea of discovering the world through someone else’s eyes. What if you could see through the eyes of a protester in Ukraine? Or watch the sunrise from a hot air balloon in Cappadocia? It may sound crazy, but we wanted to build the closest thing to teleportation.”

There is not a lot of difference between Meerkat and Periscope, except that Meerkat lets you schedule broadcasts for a later date. Meerkat also automatically tweets a link to your broadcast. The other major difference is that Periscope allows viewers access to your stream for 24 hours after they have been broadcast. It does allow you to delete them if you don’t want to. For more on the differences between Meerkat and Periscope read this excellent summary.

So are there any benefits for social change and international development?

As Periscope say in their marketing collateral “What if you could see through the eyes of a protester in Ukraine?” One of the major benefits I see is that anyone anywhere has the potential to live broadcast. High resolution video footage is now available on a wide range of camera phones. Many people around the world have ubiquitous internet connection and access in the developing world is increasing at a dramatic rate. The power of live streaming was recently demonstrated when Periscope was used to capture an explosion in New York’s East Village.

As with most technology there will be negatives as well as positives. Pornography and piracy are the two obvious examples. Let’s hope that there are more positive uses than negative.