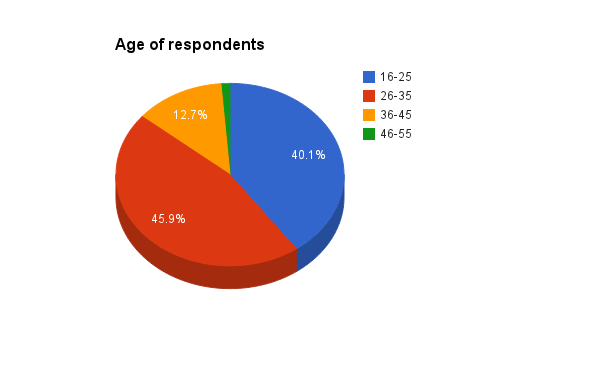 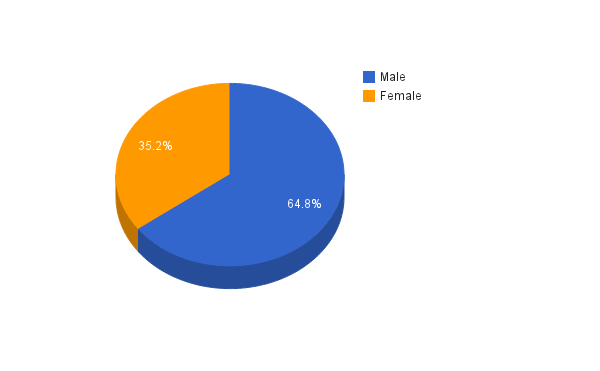 70.4% of people who completed the survey are based in higher or intermediate managerial, administrative or professional positions. 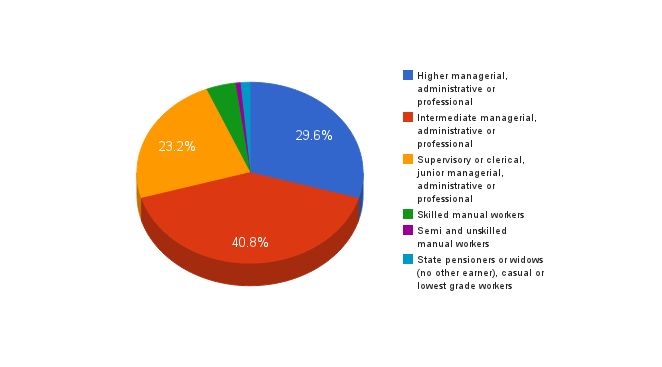 The majority of people (87%) of people have one or two Twitter accounts. 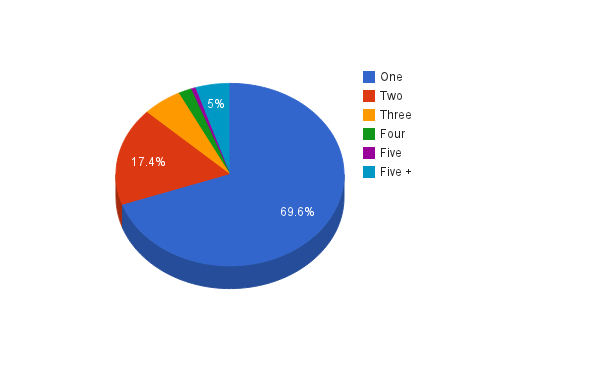 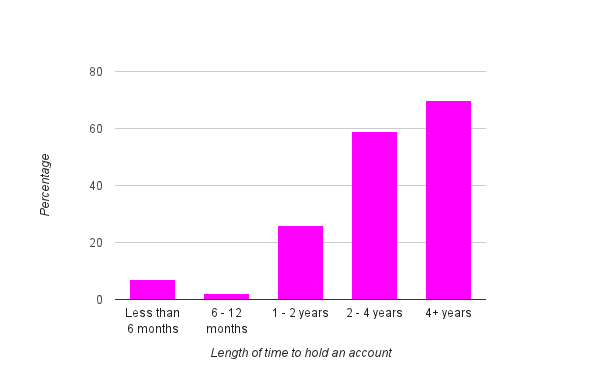 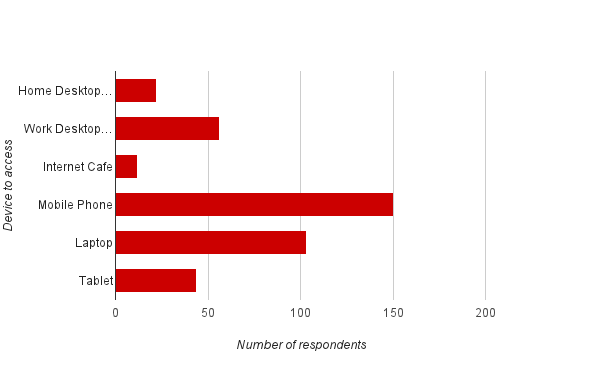 Ugandans seem to find Twitter quite addictive. 79% of people who completed the survey check Twitter more than 5 times a day with 64% checking over 10 times a day. 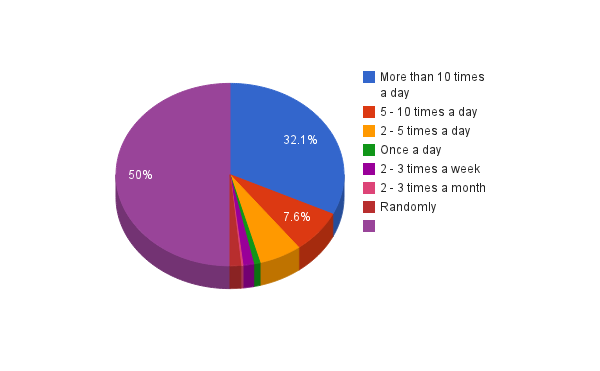 Ugandans are quite popular on Twitter too. 10.8% of people have over 5000 followers. 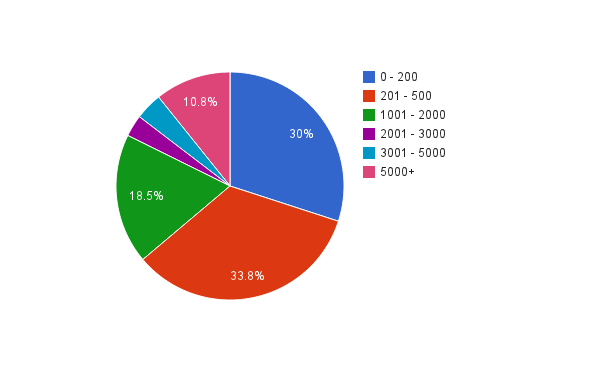 The most popular reasons for using Twitter are News (91%), Politics (78%) and Networking (78%). It is interesting that only 46% of people have said that they use Twitter to promote themselves but 78% use it as a form of networking. Obviously people do not consider networking as a component of self promotion.

Most people talk to their friends on Twitter with 87% females saying they speak to their friends either quite often or frequently, and 81% of males saying the same. The biggest difference between males and females is talking to co-workers on Twitter with 40% of females saying quite often or frequently compared to 53% of males. There is no difference between the two groups when it comes to brands which is 68% 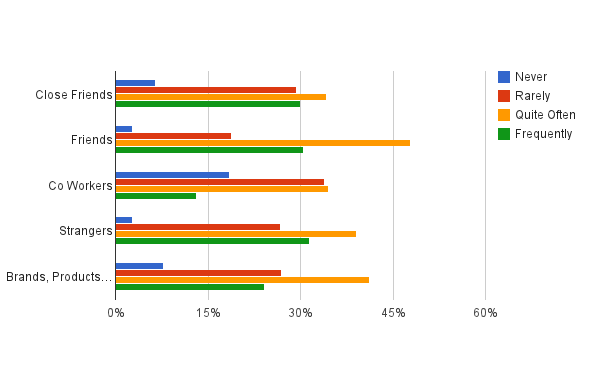 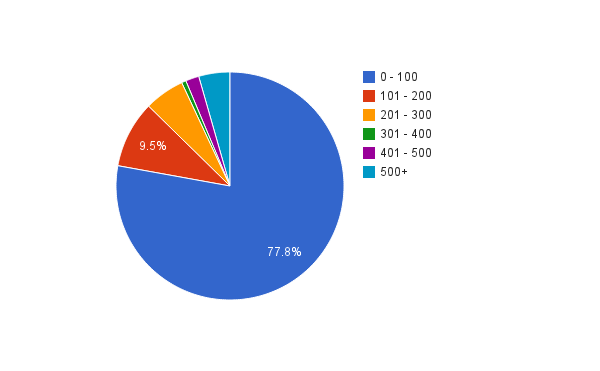 Most people expect brands and businesses to be managed at weekends

There is an assumption that people want relationships with brands and businesses on Twitter, but in Uganda customer service is the most important (67%), followed by quick access to information (63%). Interestingly Ugandans do not follow businesses for discounts (20%) or to feel connected (26%). 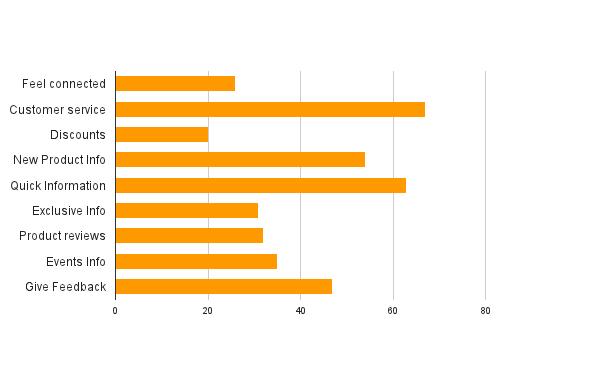 Brand, businesses and companies need to be ready to deal with complaints on social media. 86% of respondents have complained on Twitter. Men are more likely to complain with 87% of male respondents having complained compared to 80% of women. 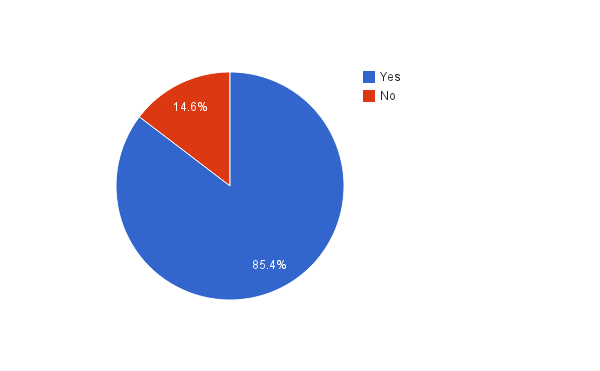 67% of people expect a response to a complaint within 30 minutes with nearly 50% expecting a response within 10 minutes. If businesses are to ensure customers are satisfied they need to be managing their social media accounts regularly and responding quickly. 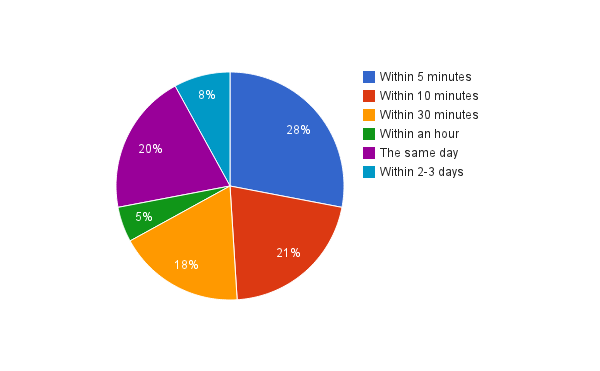 The majority (71.7%) want an apology, but just over 25% expect compensation. As we have seen in the previous pie chart, the majority of consumers expect a response within 30 minutes, so it is important that businesses are responsive and admit their mistake if necessary to build their brand reputation. 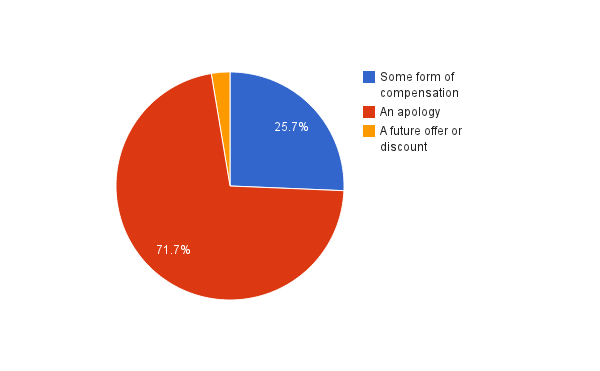 This report is the first study on the use of Twitter in Uganda and the motivations behind using it. To examine this topic a questionnaire was circulated online between 4th and 19th November 2014. The findings in this report are based on results from 162 respondents.

The report has been compiled by David Girling and Collins Mugume of Intensity Technologies.