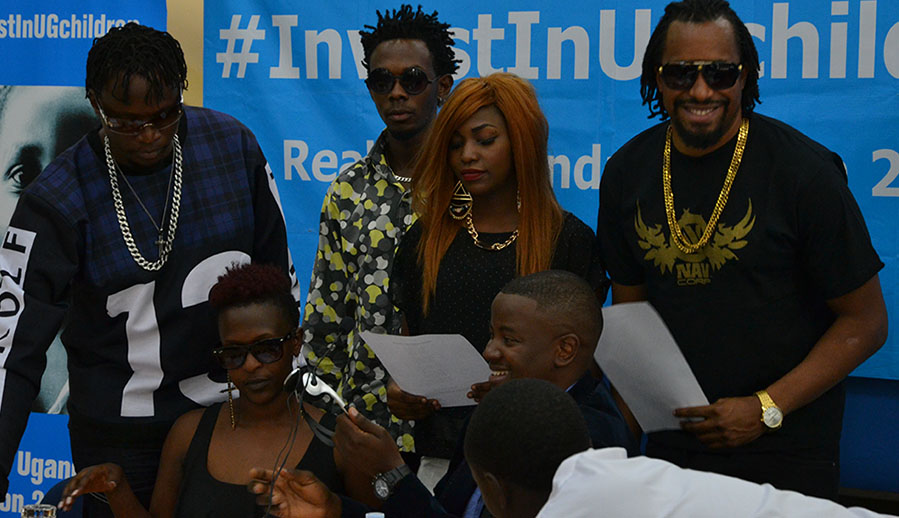 Whilst in Uganda I was invited to attend a press conference at UNICEF where they launched a new social media campaign. It is part of a global campaign celebrating 25 years of the United Nations Convention on the Rights of the Child. To mark this occasion they have launched the #Imagine programme, which is an interactive digital platform designed to connect people around the world. The idea is to record your own version of Imagine by John Lennon. The famous dance DJ, David Guetta, will then make a mix using all the voices.

They are hoping to get 1 million voices for this global sing-a-along. UNICEF have an established team of celebrity ambassadors including Katy Perry and Shakira who have already contributed their voices to the mix. UNICEF Uganda have the support of several top music artists in the country  Benon Mugumbya, Lilian Mbabzi, Navio, Irenentale, Mun G, Jackie Chandiru and Peter Miles. They have recorded their own version of the song.

In Uganda, they are aiming for 100,000 voices to publicly advocate to lift 8 million Ugandan children out of poverty. Jaya Murthy, Chief of Communication for UNICEF in Uganda said “This is a new type of public advocacy initiative that aims to unite thousands of citizens around the world through the power of digital media and music. We hope it will capture the public’s imagination to imagine a better future for children where all children’s rights are realized.”

I personally think 100,000 voices is too ambitious and I asked Jaya how they will reach the more remote marginalised communities. He agreed it will be difficult but is up for the challenge and I respect that! There was a large media presence at the launch but I think it will be necessary to reach the smaller regional media companies and community radio stations as well. It will be interesting to see if the power of celebrity advocacy works in Uganda. It will certainly help with seeding the campaign: Navio alone has 37,000 followers and between them they have 90,000.

This is an innovative campaign to create a social movement and I really hope that the target is met.

Below is the video for the global campaign.