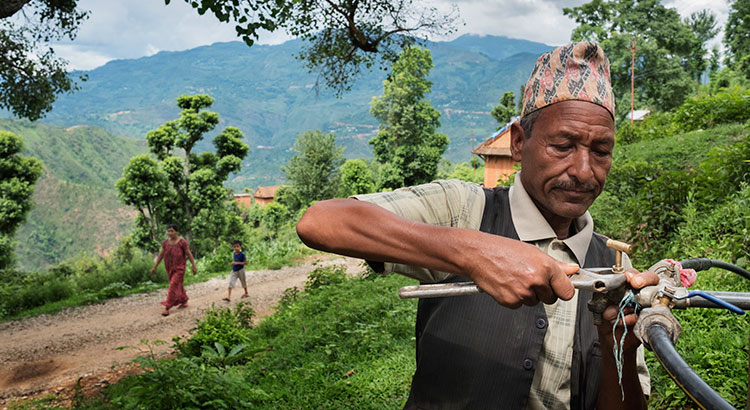 WaterAid has recently launched its first virtual reality documentary, Aftershock. The film immerses viewers in the unique challenges faced by hill-top communities in Nepal to restore access to water in the aftermath of last year’s devastating earthquakes.

Produced and directed in-house by the WaterAid film team, Aftershock is set against the stunning backdrop of Nepal’s mountain communities.  Aftershock can be viewed on a laptop, but for the most immersive virtual reality experience viewers are encouraged to use a VR headset or cardboard viewer. The app is currently available for download via the Playstore and Cardboard app and iOS.

WaterAid film producer Catherine Feltham said: “Virtual reality gives us the opportunity to take people closer to our work than ever previously possible. By using this new medium we hope to engage supporters in the reality of where we work and the challenges we face as well as inspire them by proudly showing how we work alongside fantastic community members and project partners.  The beauty of this medium is that it allows the viewer to be fully immersed and we look forward to seeing the reactions of people all over the world as they are transported to Kharelthok.”

Aftershock was funded by HSBC as part of WaterAid’s global partnership with the HSBC Water Programme.

The film is unquestionably beautiful, partly due to the stunning surroundings in which is was shot, but I still sit on the fence when it comes to virtual reality. I showed this film to my children, aged 8 and 9. One of them was totally engrossed. It was great hearing her talk through the story with her headset on and ask so many questions afterwards. For my eldest daughter the experience merely made her feel sick. One of the the other problems I find with VR is the amount of memory it takes to download the app. This film was 1.4GB and I had to delete loads of other apps in order to view it. 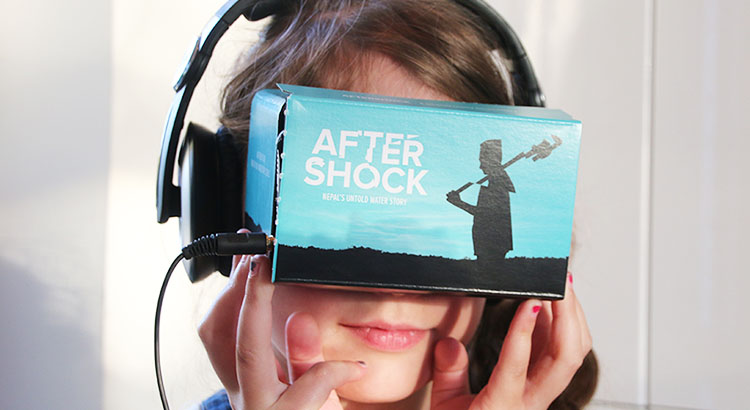 I applaud WaterAid for experimenting with this new medium which will undoubtedly continue to improve and become more popular in the future. The story is fascinating and the aesthetics of the production are incredible. I appreciate the attempt to immerse viewers in the reality of the destruction and work that needs to be completed. My youngest daughter was fascinated and wanted to take the headset (and my mobile phone) to school to show her whole class. Like other recent VR films such as Clouds Over Sidra and Waves of Grace, I’m unconvinced that the film warrants the large expenditure. I suppose it depends on the main objective of the film, e.g. fundraising versus education or advocacy. For education purposes I think it has huge potential, but that might depend on whether it is possible in the future to drastically reduce the file size of the films.